A few days ago Grierson (Kitchener’s right hand man) told me he was going suddenly to commandeer the whole town for horses & to help this by supply V/O’s etc for examining them.

It was done suddenly at 1 o’Clock[sic] every horse ridden or driven was stopped, soldiers at

[[2]] [Continuation of page missing] not think it can be overlooked & it possibly [sentence continuation obstructed by pasted corner] promotion — but suppose that promotion took me to India! In that case we would be worse off than ever. However it might take me home through where I have no idea excepting it be Dublin in which case joy & rapture. I would put in my Three

[[1]] land for the purpose lent willing help to take them out of harness etc & tie them up in spite of all remonstrance. Fares were left sitting in their cabs unable to proceed, carts left in the streets without horses, even a hearse was commandeered on its way back from a funeral & both horses taken, by night we secured about 200, but we do not steal them we give receipt for their value & this not being done at the time owing to the hurry[.] for three days I held a pandemonium of enraged owners asking for receipts, others unable to find their horse & so on. I was glad when it was over but I had one little ex-perience[sic], two enraged ladies turned up with a written order from Lord Roberts to return their horses, one was Mrs Commander General Botha[1] the other Mrs General Lucas Meyer[2]. To make matters worse we could only find one horse belonging to Mrs Meyer, whereas we had taken two. I shall never forget the look of scorn & disdain with which she put Lord Roberts order into my hand, remarking that her position as

[[2]] a defenceless woman had been taken advantage of to take her horses away & so on, I did not pay too much attention for she was not the first woman by many who had visited me that day but most of them were quiet & in tears, she was furious & showed it. When I learned who my distinguished visitors were I unbent, of course we apologised for our soldiers having taken the property of two such distinguished Generals, that no stone should be left unturned to find the horse etc etc & the hope she would accept the assurances of my profound considerations. But after a long search it became evident that only one of the horses could be found & I had to break the news to her, at the same moment a happy thought struck me & that was to offer her another & I did so, asking whether there was any other horse she would select in its place, for the first time her face relaxed & looking at me she said in a half incredulous manner, Yes I should like that one — Then, I said, Madam please regard him as yours! But do you really mean it she said smiling sweetly

[[3]] I never was more serious in my life I replied, & in case he does not suit you take another, in fact I will send you up two & you can take your choice.

The victory was won, we talked chatted she came & sat down in a tent with us we sent for her carriage & parted the best of friends.

To day[sic] I made my offered call to know which horse she preferred, she hesitated to ask me in & I chatted to her in the verandah, she then apologised & said what would the people of Pretoria say if she the wife of a Republican General was seen entertaining a British Officer against whom her husband was fighting! I said that but for that remark I had intended paying both Mrs Botha & herself  a formal visit but that for the present I must postpone the pleasure & in this way we chatted for the best part of half an hour, during which time Roberts with Baden Powel[3] rode past (B.P. had just that moment arrived from Mafeking[)]. He returned my salute with it possible extra courtesy knowing not only a lady was there, but who she was for her house is next to his. So all is well that

[[4]] ends well Mrs L Meyer had found at least one British officer who treats her with consideration her idea was that we are all brutes & full of condescension .

There is a little boy by her husbands previous marriage, she told him to repeat his creed to me, it was to the effect that he would wage war against & shoot all Englishmen until his country was free again I told him the sentiment was excellent & in return I would come & play with him at horses in the garden the first spare day I had. She is as bitter as gall & would have liked to enter into a long discussion on the war, she said you are simply fighting for the gold & the Capitalists, I replied no Mrs Meyer the question is a much narrower one that[sic] that, we are fighting to decide who is to be the ruling race in South Africa the English or the Dutch. Still in spite of our differences in political faith we shall get on well together I am sure & I hope to see more of her & Mrs Botha before I leave Pretoria, they are certainly very interesting people to meet. She complained that Black & White[4]

[[1]] Had described her husband as a Hungarian Jew & over this she was most indignant. Still when I come to look at her she in not Dutch, she is spare & tall with a good figure which no Dutch woman has, they have fat round faces big bust & tummy, she has a long narrow face & a suggestively long nose. On the whole though she impressed upon me that she was born in the colony & was therefore originally a British subject she is somewhat Jewish in appearance & her hair is black

[[2]] fate would put him under me especially as I was on the Natal side & he on the colony show.

We have a big hospital here being badly run by young [Name redacted] lately a prisoner, he tries but has no sense or go [3 lines redacted]. I hear Rayment is sick at Wynberg with dysentery. I am sorry to learn it. Matthews is still at Bloemfontein I keep him posted up as well as possible, but only got my wire off to him to night[sic] relative to Pretoria affairs owing to [Continuation of page missing]

[1] Annie Emmett, wife of General Louis Botha (1862-1919), commander-in-chief of the Transvaal Boers, and leader of a guerrilla campaign against British forces

[4] Black and White: A Weekly Illustrated Record and Review was a British periodical founded in 1891. It merged with The Sphere in 1912. 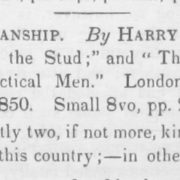 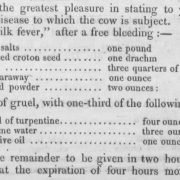 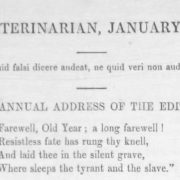 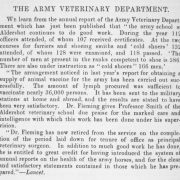 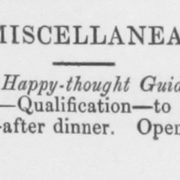 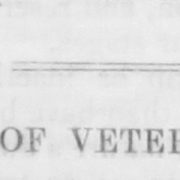 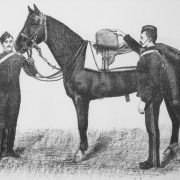 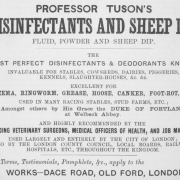