[[1]] yesterday morning or Monday night by a bullet in the neck while asleep. I only saw him the day before & told him how much better he was looking & he said he felt wonderfully better poor chap he is gone, another victim to our policy of humanity & civilization. I am sorry for his wife & poor little boy. I have thought of them many times to day[sic]. I wonder whether he would even have thought of mine? Prince Christian Victor’s death came in this morning[3] — flags half-mast high.

I still hope my photo by Moore may turn up but I begin to doubt it. I thought it would amuse you to read of the people who wanted my house. I dont[sic] intend they shall have it until I’ve done with it & goodness knows when that will be. The ‘washer-lady’ was an awful caution. I had no idea there was a second one in the world.

Well we are laying the whole of the Free State desolate it is necessary. every town & village is a Boer stronghold, the people feed them, hide them & keep ammunition for them. The whole place is being razed to the ground & the women & children brought in. I pity the latter poor little things what an experience. You

[[2]] can only conceive what it is by having an armed party come to the Croft[4], give you a few minutes to take out your personal property such as money & then the damage begins. All the windows are just pulled out to use the wood for firing then everything is piled up in the middle of the rooms on the table & the fire lighted below, after the whole place is burned out, the walls are blown down with dynamite & this is being done everywhere.

The whole village of Botha-ville[sic] has been levelled to the ground except the Dutch church. It was here that de Wet[5] drew his supplies from. By destroying the country we prevent the men from living, they carry no food or ammunition & therefore have no transport every farm feeds them. But where there are no farms they must give in or starve. Its horrible work thank Heavens I have to take no share in it. This morning I saw women being escorted in by Tommies[6] with Rifle & bayonet

I dont[sic] why. One had an immense woman with the hideous black bonnet like this[7] [illustration] that they all wear which hides their faces

[[3]] completely, had eight children all of a size, behind walked poor T.A.[8] hating the job most heartily, I expected any minute to see him pick up one of the tiny stragglers & carry it. It would have been a touch to have completed the picture; one child was crying & that always distresses me. All these people have Kruger[9] Steyn[10] & certain English MP’s to thank for all the untold misery they are suffering. Talk of pacifying the country. Why as long as you & I live it will be a second Ireland. Much better deport the lot, & give them a place to themselves. I dont[sic] blame the war, it was inevitable, these people made up their mind to drive us into the sea & divide South Africa between them — that is the other side of the picture. The present business will last for months, probably a year or two, we will wear them down by slow degrees, but they are very obstinate, it would not last three months if we undertook to do the job thoroughly but it is no use burning one farm & leaving its neighbours standing. The Scotch hospital has gone home & most of the sisters with it. They seemed to

[[4]] have very little else to do but boast & go about with cameras. I heard that they nearly had so many they could not employ them all. There are fewer now. I fancy there must have been many engagements for the students (who came out as hospital orderlies) nurses & doctors were very thick. I do not think they are of the same class as the Netley sisters, lots of them appeared on very friendly terms with the men. There is a Dutch nurse here who originally belonged to a Boer ambulance. She is a very fine young woman & very pretty. She has settled down here apparently as a monthly nurse — [13 lines redacted].

[1] Annotated with, presumably the page number, ‘2’

[3] Prince Christian Victor of Schleswig-Holstein (1867-1900) died in Pretoria of enteric fever on 29 October 1900. He was the grandson of Queen Victoria

[6] Slang term for soldiers in the British Army

[7] Illustration by Smith of a black bonnet. 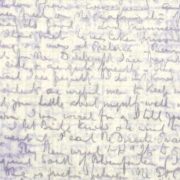 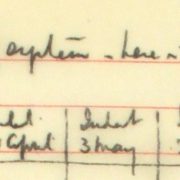 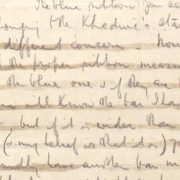 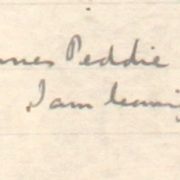 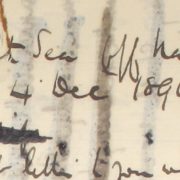 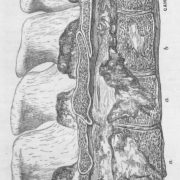 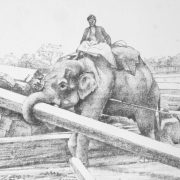 Steel, John Henry – “A Manual of the Diseases of the Elephant and of his Management and Uses” (1885) 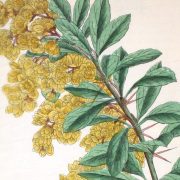