A few lines or you may wonder how it is that I have not been to see you: also, your very kind work demands some response in the meantime  I have not yet again ‘been in’ London, but may  have to go there before the end of the week — or at latest the beginning of next.

various causes have accounted for my silence — not being over well for one thing! I have had a good deal

of low malarial fever of late. After the book work, I have been feeling a sort of collapse.

This and the many jars one reclaims by this way, tend to produce it. I shall be all right when once I can wander forth with the work.

How much I can sympathise with Buxton just now: more than ever I have before! It happens that when especially craving to wander, I am again reading his life — for the most part in bed. I am only now just up at 3-45pm. I was afraid that Read’s list of references to authorities on the anthropology of Tierra del Fuego would not prove of much use to you.

Thinking it now, it occurs to me that the work for you is “The

I am very thoroughly conversant with the first two.

The survey itself is a much more thorough work in the southern most portion of S. America & Tierra del Fuego, & in it there are first rate notes on the aborigines — especially on this.

Alacalufs & Yashans: very little however on the Onas, for the very good reason that none of the ocean voyages has ever come in close contact with this tribe — they being [Landsmen?].

If you have difficulty in getting at a copy of the “Adventure” & “Beagle” Survey,–always provided you do not already know that work — I will take out the

R.G.S [Royal Geological Society] copy & let you have it. Your Ona arrow is not forgotten. The quiver is now hanging on the wall quite close to me. I will bring an arrow to hand on with me. It can hardly go through the port — unless in some officially made box. Forgive this writing: I am cramped by fever — its after effects.

Daily I hope for my copies of the book – to send you one. Quaritch’s Day “to the trade” is Dec 9th & I had hoped to have received my copies — or some of them — by the end of last week. 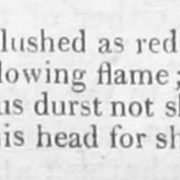 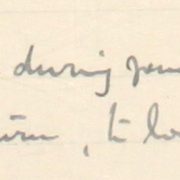 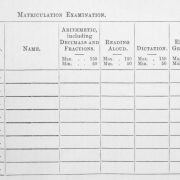 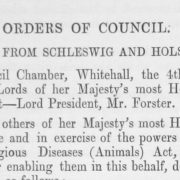 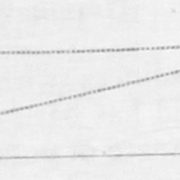 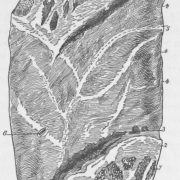 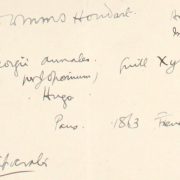 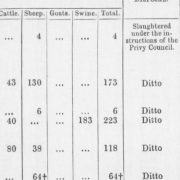