Your letter reached me just as I was starting for a Sat-Monday in the country and as I had not taken your photo with me, cd not answer it earlier.

I had quite overlooked the height of brisket above ground, copying only the little table in your letter and forgetting that the height in question was not in the actual table. Now I have measured it it is 28.5 mm, which Xlied with 1.19 (the recriprocal[sic] of 16.8.mm which corresponds to a length of 10” in the belly scale] = 33 inches in round numbers is actually 32”.9).

This is the value you give.

A friend of mine suggests as an irreducible minimum of trouble & of utility, to have the height at withers always measured and recorded on photos, and to use this as the scale. Of course such conditions must be exacted or would give the intersection of the median plane with the ground; that which I proposed of – (1) hard ground (2) all four hoof tips seen from camera,

being perhaps as good as any. But how to ensure the verticality of the back of the camera, in the difficulty the eye wd detect gross error but I fear not a moderate and yet a dangerous error. What do you think? The less photo artists are hampered by conditions, the more likely are they to be useful[.] In a “hippometric” laboratory there wd be little difficulty. Supposing the above plan were adopted to start with, I dare say the stud book people could be induced to insert height at withers, as

a general rule, accepting at first what is communicated & afterwards exacting authentification[sic] of some kind. 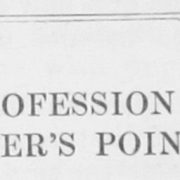 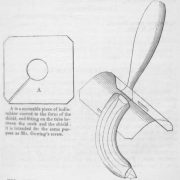 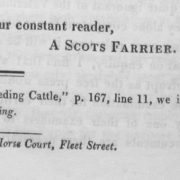 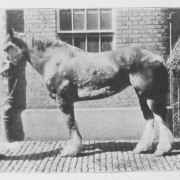 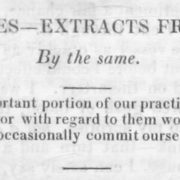 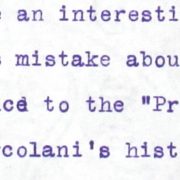 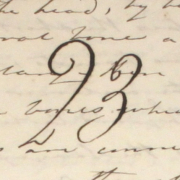 23 Lecture No. 23 - The larynx and catarrh. Delivered by Edward Coleman, written down by E N Gabriel
0 replies