History of this case was that the mare without any reason showed signs of intermittent lameness; this gradually got worse & thrombosis was diagnosed from the following symptoms.

Would start well; after going a little distance would commence straddling with hind legs more marked in off than near. The straddling gait rapidly got worse & rocking from side to side. She was with difficulty got to a place where she could lie down. When she would get down at once showing every sign of acute pain extremities cold, veins of hind legs much distended (an important size & in the present case due to venous a well as arterial thrombosis) The iliacs were previous in May 1887 at time when the above symptoms were most marked. In March ‘88 the iliacs could only be felt as hard cords. Pulsation abruptly ceasing at posterior Aorta. There was no patchy sweating. Nothing out of the ordinary in the sweat symptoms to draw one’s attention to it. Symptoms passed off in an hour – Time symptoms took to appear was 5-10 minutes.

Roarer – She was an intermittent roarer & there was nothing on P M Exmn to account for this.

Note – That she had as slightly straightly dropped hind legs it was possible to have.

In Feb ‘87 mare was reported to have slipped backwards in jumping over a ditch leaving her hind legs “behind her” nothing appeared amiss afterwards.

On 20th March 1888 was found down and unable to rise, No signs of cholic. Feeding. no loss

usual. Conjunction near mouth pale. got her up with help stood for ¾ hour. all hay & straw. relieved her of 1 Gall of urine which was thick & creamy in appearance. Examination per return should iliacs of both sides like firm cords & with no pulsation in them. Again fell down suddenly & lay quietly.

On morning of 21st evidently worse and died in forenoon. Had eaten feed.

Great congestion of peritoneum; marked congestion of the bowels. Displacement of double colon. pelvic[?] flexnor[sic] being close to Diaphragm (there was great p. m tymphany although body was examined at 5 pm) Colon contained large quantity of healthy material.

Small intestines inflamed from Duodenum to ileum colon being maroon. gut not thickened; contents blood – coloured ingesta. Cause unknown unless intratracheal injection of serum from case of Hydrothorax produced it.

Small chocolate coloured and calcareous. 7 lb 12 oz. one deposit removed, as large as a cherry stone.

Attached to omentum were 2 small tumours size of nut. extremely hard & like the testicles of a small animal in appearance – on section found to be lime encapsuled. the deposit being of a dirty grey colour

A little water in chest & also in pericardial sac. On slitting up some of the pulmonary vessels the internal coat was found roughened & from thrombi attached. Beyond this change & a slight oedematous condition of anterior lobe of right lung (& that was probably due to the intratracheal injection) nothing of further importance was observed.

Just before its bifurcation into the iliacs contained a firm thrombus which on the Cardiac side had a tapered extremity, about 3 ½ inches long. Whilst on iliac side it almost completely filled the vessel

the Ext[erna]l & Int[erna]l iliacs with their various branches were also plugged. so completely in fact that it was difficult to understand how any blood passed along the vessels. The thrombi extended down as low as the middle of Tibia where an artery had been accidentally cut across & a little fluid black blood escaped. The dissection of the vessels was as easily accomplished as in a[sic] infected “artery subject” in fact the feel imparted to the fingers on manipulating the arteries was just as if filled with firm wax injection. On slitting open the post[erio]r Aorta close to its iliac bifurcation a firm clot resembling much in shape a human pluis[?] was found. Its colon was yellowish internally, blood coloured externally & where flakey adherent to wall of the vessel it was brown.

This adhesion occurred at floor of Aorta so that whatever blood passed through the vessel was between the roof of the thrombus. In the Iliac arteries the clots appear to have completely filled the vessels & though collateral circulation must have been established to compensate for this plugging yet such was not observable.

Those vessels doing the work were not particularly large. Observe that the clots in all the vessels were irregular & appeared like dice on a string. The composite nature of thrombus showed that it had been gradually added to & that these additions were irregular was proved by the nodular condition of the vessels.

The Post[erio]r Vena Cava had a firm thrombus in it extending from its origin 6 or 8 inches forward.

It by no means filled the vessel; was firmly

attached to the wall at its posterior part but elsewhere lay free. It was a shrunken mottled, yellowish, white rigid clot. This latter was covered by a membrane which on being incised yellowish olive material could be squeezed out. Is it not peculiar for a thrombus to be provided with a covering.

The Iliac veins were free; but in tibial vein of off hind exactly in popliteal space was a firm thrombus completely distending the vessel causing it to assume a varicose appearance; & was as large as one’s thumb. On making a section into the varicose tibial veins the coats were found very thick. Thrombus externally yellow & firm internally brown & soft – this latter most peculiar.

The veins from head of tibia (off hind only) down to front of hock were completely plugged as far as front of hock (veins 2 not one) were varicose the whole distance & the plexus which forms over front front[sic] of joint being fully distended by the thrombus formed the most pretty natural injection conceivable.

Click here for full transcript of Case Notes for Horse 15894

8th June – Valvula[sic] Disease – fell this morning & brought sick with injured knee. Took pulse and found it 14 no mistake, taken a dozen times. Temperature 102. 18, fainted five times during the day – heart sound difficult to determine first sound normal & sound attended long pause during which the heart appears to be spasmodically contracting, judging from the vibrations of the chest, irregular pulse. The thumping of the heart so great that it can be counted at a distance by the shock seen.

14th July – Destroyed by order of a committee. P.M.E The heart was enormously dilated & so flabby that it was like jelly all the cavities were dilated & the wall atrophied so much so that the left ventricle was thinner than an ordinary right ventricle. There was no vascular disease & I cannot account for the absence of the 2nd heart sound. Heart weighed 9 lbs.

This horse was destroyed with chloroform prior to which a very careful examination was made of the chest by Buller & me. The heart was irregular & thumping 1st sound an entire absence of the 2nd sound succeeded by distant vibrations of the heart wall or chest wall but no pound.

This heart sound was carefully gone into, it varied for 17 to 30 per mint[sic]. The higher number was due to excitement the animal being about[?] to be destroyed.

I expected the heart to stop readily under chloroform but this was not the case, it took two or three ounces & the exclusion of air to destroy him. The respiration then ceased before the heart.

I do not understand the absence of the 2 heart sound with healthy valves. There can be no doubt that it was absent this is quite ununderstandable unexplainable excepting on the

After the heart had stood for a few hours rigor mortis set in & the walls became firm, but not so firm as ordinary.

After a faint the pulse became nearly entirely lost. They gradually strengthened to a marked dicrotic[?] character.

Irregular pulsation observed as high as the junction[?]

Sounds of this heart

2nd [sound] sometimes entirely lost at other times a mere trace of sound.

In either case the heart contraction is followed by a vibration of the chest wall as if the heart were spasmodically contracting & yet no sound produced. 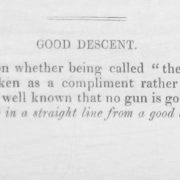 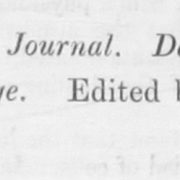 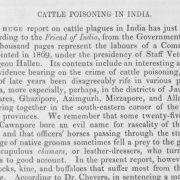 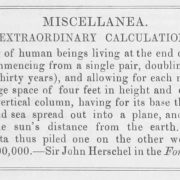 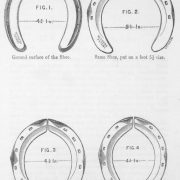 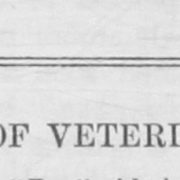 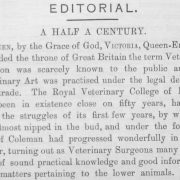