Click here for full transcript of Notes for Case 12

This horse was admitted with colic at 4pm, this day, but refused morning food & found lying down at mid-day, brought in from billet & a diffusible stimulant & ultimately a five drachm solution of aloes administered. At 7 p.m. I saw the case, patient not in acute pain but persistent, cold water enemeta & hot fomentations to belly ordered. At 10 p.m. no relief from pain & worse pulse, smaller, respiration quick, pain intense, some blood had come from anus, I made a rectal examination, found a rupture in the roof of the rectum about a foot or so from the anus. The rupture was through the mucous coat, but not through the muscular coat. There was haemorrhage from the place which appears about 2 in. long. The patient strained, on examination which on this discovery was at once discontinued. I was in hopes that the rupture was posterior to the peritoneum but such turned out not to be the case. The line of treatment followed was to subdue pain & allay inflammation, so with this object I gave extract Indian Hemp & hot fomentations to the belly. These gave relief & were continued.

No action of the bowels, but some gas & fluids passed. The pulse is smaller, but the patient wonderfully lively and plucky.

12.30 Noon. The pain ceased, remained quiet all the afternoon, no passage.

7 pm. Still in slight pain, again, pulse about 90 & very small, repeated hot fomentations which gave relief. Walked about outside of his own accord & drank freely, there being no action of the bowels. Ol. lini Oj was given.

Nothing but sheer pluck is keeping him alive, there are a few intestinal murmurs, the right colon dull on percussion, central sounds of fluids, no action of bowels, abdomen rather tymphanic, pulse smaller, size eye more infected, little or no pain, the hemp has stupified[sic] him, received an intravenous injection eserine, which was followed by a slight colic which soon passed off.

He remained standing, sinking slowly but making a tremendous fight for life.

Autopsy abdomen tymphanic a little pus like fluid ran out on opening the cavity. The large intestines were completely collapsed, the 2nd & 3rd portions of the colon were slightly

twisted from distension & rolling, a large knuckle of the single colon was found opposite the pelvic cavity, with much peritoneal infection on tracing this out to the anus, a calculus was found about 5” diameter, 18” from the anus & posterior to this a rupture through all the coats of the rectum, the edge of the rupture which occurred on the attached border of the intestine was ragged & discoloured the m[ucous]. m[embrane]. of the intestines much engorged. The stomach was full of liquid & contained a quantity of hemp. lungs much congested, heart large & fatty, liver fatty. The calculus was not weighed as it was kept in situ as a specimen.

[Annotated ‘For some time before death ingesta dribbled from nostril. On P.M.E. the Omentum Major was found to have large haemorraghic spots in it.

Click here for full transcript of Notes for Case A62

Abdomen greatly distended. Anus swollen. On removing Penis found the veins fully engorged & the tissues in full with serum. On opening abdomen the whole of the Bowels both small & large were found nearly black. extreme extravasation existed over the whole of their surface, serum[?] beneath peritoneum & on removal of this the muscle structure[?] was seen engorged with vessels & redder than usual. The mucous membrane was of its natural colour. At a length of 10 ½“ from anus a rupture existed in the rectum at its attached border. The rupture was 3” long by 1/2” wide. edges covered with coagulated blood, & everted. Mucous membrane at this part deeply congested. . nothing in the bowel which was caked & dry. Sigmoid[?] Colon contained a little dry feces. Caceum contained grain and water. Peritoneum intensely inflamed M[ucous]. M[embrane]. large areas covered with a black deposit like pigmentary degeneration[?] some of this was soft & easily removed others blacker harder & only scraped off with difficulty. A few anoplocephala[?] seen. The whole gut thickened with serious[?] effusion.

Stomach enormous. Weighed with contents 40 lbs, contents alone 23 ½ lb. Its veins were congested, its peritoneum dark scarlet & black & so tense that hardly an impression could be made on its surface & it was in imminent risk of bursting, its contents were fluid, Bran & Grass th latter two weighed 23 ½ lbs. The measurements were as follows around the organ along the Gr curvature 4’ 10”. Around its long axis 4’ 6 ¾” around its short axis 3’ 8 ½”, its greatest length was 2’ 2 ½” its greatest breadth 1’ 8” & its height or better depth 1’ 0”. It burst though handling it close to the oesophagus. The villous portion was scarlet & contained Spiroptera Nemas[?]. Pylorus constricted[?] partially Cardia diluted & oesophagus full of food. The tank[?] did not let off the gas as it gets plugged. The Duodenum take a curve like the letter S Z turned backwards which forms a natural barrier

The abdomen contained a large quantity of coffee coloured fluid about 1 ½ galls & some ingesta.

Length from anus 10 ½ inch Length of

Click here for full transcript of Case Notes for Horse A59

Ruptured stomach. Admitted this morning with colicky pains, but as he had been often admitted before for the same disease, it was concluded that it would give way to the ordinary remedies. This however was not the case. During the day, he lay perfectly quiet & showed no signs of acute agony. I diagnosed the case as volvulus. During the night quiet, & we would have thought that he was suffering from an abdominal affection.

Died quietly at 6.30 a.m. Autopsy revealed a rupture transversely through the stomach for the space of 12 inches. The peritoneal coat was of itself ruptured quite 8 inches more. 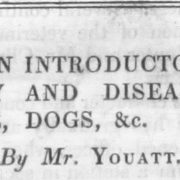 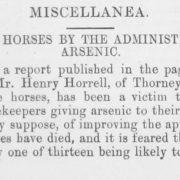 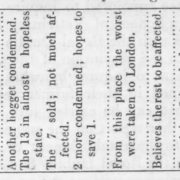 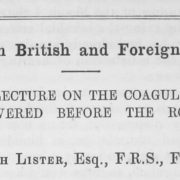 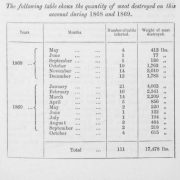 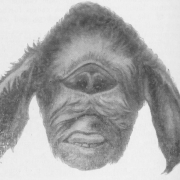 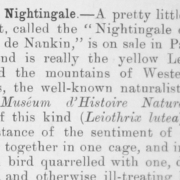 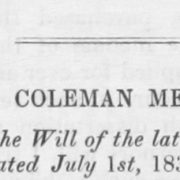