This Horse having only just joined from the 14th Hussars, I am unable to furnish as full a medical history as I would have like. The case came under treatment for a slight wound to a hind fetlock on the 26th April for which it was fomented. While this was being carried out this day 5th May, he suddenly wheeled round, ran back then rushed forward, turned sharp & jumped a Bamboo hen Coop and then started off at a mad gallop towards the Troop Lines & bolted into the angle formed by two walls dashed his head against the wall & lay doubled up. I saw him in about 3 minutes & he had just raised his head, looking wildly round sitting on his haunches, foaming at the mouth, champing jaws. He then made ineffectual attempts to get up during which time I had him well douched. With the assistance of the Farrier he was almost carried into the nearest box, & it was noticed that he had very little control over the hind quarters, rolling from side to side, he was then examined per rectum but no fracture was discovered, emptied lower bowels, give emetic and Aloes Bas[?] ℨV. Continue cold effusion. Won’t drink. Stands with leg stretched out as in the act of urinating bladder constantly examined to see that distention did not occur, but at this time he had complete control over sphincter. So able to use his hind limbs as he kicked very savagely while being douched. Sensation[?] perfect.

No change. Stands stretched out, no pain over the back or loins has an unnerving glare opens eye very wide, feeds well & is now able to drink.

Fell down at 7 a.m. Got him up. <illegible> to loins & back. After standing 2 hours was allowed to lie down, while down in perfectly quite[sic]. The bowels have not responded to the medicine or enemata owing to the paralysis of the coats. Faeces very hard, small & yellow. 4 pm passed the catheter drew off about quart of clean limpid urine. 5p 5v 10.10

Much same excepting that he seems in more pain, keeps looking round to the side. Has got up two in three times during the day in order to ease the lungs at 7 a.m. passed urine involuntarily, penis hanging pendulous and urine of a red colour which on boiling with Nitric Acid deposits a dark coagular. While the bowels were being manually relieved a quantity of gravel came away with the faeces.

Off feed, urine passing constantly, drinks freely. Nothing passes with enema but he strains when the hand is introduced.

Necropsy. Revealed what I had expected viz a fracture of the spine, but I was not prepared to find it as far forward as the 8th dorsal vertebrae, which was fractured through its body, but without displacement. This fracture was undoubtably caused by the concussion of running into the stone wall and was quite recent. The meninges of the brain and cord were inflamed and a quantity of fluid existed in Spinal Canal & Cranial Cavity. The cord was softened & presented haemorrhagic spots. The Brain contained a quantity of fluid in its Lateral Ventricle & small tumours composed of a shiny substance very like fish scales (I believe cholestrine) were found in the substance of the Plexus Choroideus, and also on the sides of the cerebellum.

Remarks. These tumours were the cause of the Epiliptic[sic] fit and I account for his bolting by being frightened at the peculiar “warming” that Epileptic subjects always have prior to a fit coming on.

Click here for full transcript of Sketch of Horse E-16

The appearance of E16 as he lay on the ground dying

This sketch, with its characteristic facial expression, enabled me to recall the case when I pasted this in June 1927 namely 47 years after the event. 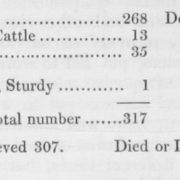 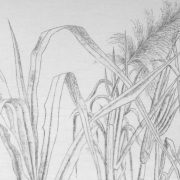 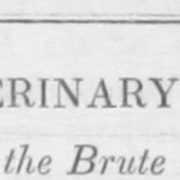 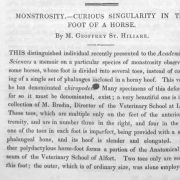 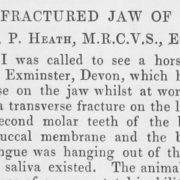 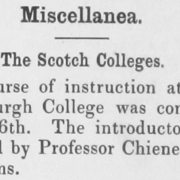 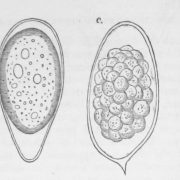 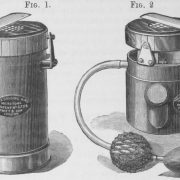