Blog - Latest News
You are here: Home / Archive Collections / FS - Frederick Smith Papers / 3 - Correspondence / 3 - Correspondence with individuals / 3 - Letters to Smith from Captain Richard Crawshay / 2 – Letter to Smith from Richard Crawshay, Melchbourne Vicarage, Sharnbrook, B...
Terms of Use
The copyright of this material belongs to descendants of the creator. Images are permitted for reuse under a Creative Commons, Attribution, Non-commercial license.

My Dear Smith,
Seeing your promotion, to quite the top of the tree, in the Gazette this morning, I am impelled to write and congratulate you: & yet, it is with a deep sense of regret — and shame — that I find myself doing so, after this long period of silence on my part!
This must have puzzled you, if you have had time to think of

any such fleeting acquaintance as myself, although I can only say that to me you have always appeared a friend — one of whom too, I often think, & never otherwise than kindly, even though I have not been able to maintain proper communications on paper: another thing, also, reminded me of you today in the report of the Desecration to Kruger’s grave, in the association with the account I had from you now years ago of the somewhat similar thing done to Prince Christian’s grave.
This long silence has been due to my “way of life” since my return

from Tiera del Fuego what with work at what has culminated in a great book (“The Birds of Tierra del Fuego”), & my dear Mother’s death occurring in the midst of this –completely paralysing me for a time — I have almost “gone under” as a member of the world in which I have hitherto lived.
Perhaps, you will understand? So many cannot! “He laughs at scars who never felt a wound” — I have never more thoroughly realized than in the course of the last 2 ½ years. Long since, your work has seen the light of day.
I remember all you told me — &

still more so all I saw — of your method of working at this. As for my own effort, it has almost been the end of me. But, if I may say so, the result is worthy of a whole life better than mine.
At the outset, I had no idea of attempting more than a paper for the P. Z. S., [Proceedings of the Zoological Society] on the “Ibis” (the organ of the British Ornithological Union). It then, worked into a book. Quaritch finally on taking on himself the whole cost of publication was so nice about it & so anxious to have a really handsome book that I set myself resolutely to work to achieve this; & the further I progressed the more I came to find to do, until really

there seemed to be no end to my task.
Briefly summed up, the book consists of an account of all species of birds collected & observed by me, embodying all I am able I to say myself together with everything I have been able to discover of interest or importance or written by others. This involved a lot of research in the libraries of the R.G.S, [Royal Geographical Society] Z.S [Zoological Society] & of the B.M [British Museum]
I have even investigated the records of such old-time voyages as Magellan (Magalhaens is his correct name), to take, Drake, Cavendish, Sarmiento, Hawkins, Narborough, De Bougainville, Cook, & of course

Of having them henceforth protected & not — deliberately exterminated — as hitherto.
Someday, ere I again go abroad — I think of another journey to the land of my last sojourn: people, too, press me to go — I hope to see you once more.
Right glad am I to see you promoted to your present position!
Doubtless, you will keep up touch with Todd.
Here, I am making my base with my brother, who is Chaplain — vicar to St John, The Lord-Lieutenant of this county. It is a nice quiet restful place with few neighbours & these all exceedingly friendly. There are, in fact, only three families anywhere near — the St Johns (who own the whole country) & two others closely related to them, I shoot — a bit — Partridge driving; where one sees something of the “complexities & unrealities of modern civilisation” about which I have written in my “Last Words” on Tierra

Del Fuego. To the Old Great — Game Hunter, it is a credulous spectacle — & [illegible] — to see young men shooting in England — with their leaders & their [illegible] seats (On which they sit waiting for the birds) & cigarettes always in their mouths. However, though I shoot with them, I have none of this! With all best wishes!
Yours most sincerely, 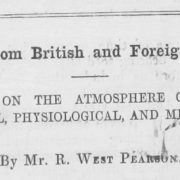 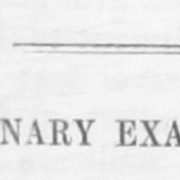 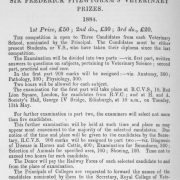 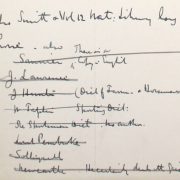 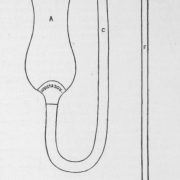 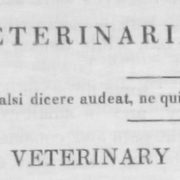 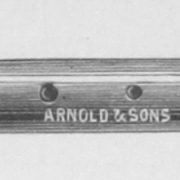