All these cases were bitten by a Rabies Dog or supposed to be. they are all bitten on the nose, with one exeption[sic] one on the off fore as well as on the nose. The wounds were cauterized with Nit Silver and were put on low diet, all the wounds heald[sic] up very fast. all kept in Sick Lines under observation.

Rabies. This case was reported off feed this morning had patient tied up with strong robes in a box at 12 noon, fead[sic] alright no symptoms presented P.M When feed was put on animal fell down in a fit, was very excited. Nieghed, champing of jaws, pawing, heaving at flanks, sweting[sic] all over & on being approached got very excited and fell down would struggle for a time before getting up. Constipation great, fecies[sic] every day. Urination the act of causing great pain & stamping. The symptoms became more & more aggravated till at last patient fell down and could not get up took to biting at the wall &c and died at 3 oc the next morning.

Rabies. This case showed all the symptoms at 9 a.m. gave Ext Belladonna ℨvj after when he got gradually better.

on the morning of the 20th while at exercise showed slight symptoms of Hydrophobia I had him tied up and was quite.Rabies in about six hours after when he was destroyed.

Hydrophobia showed symptoms this morning was dangerous in five hours after and was ordered to be destroyed, all same symptoms.

Hydrophobia. This case showed all symptoms seen in the first stage of other cases, but did not refuse feed was tied up for three days and got quite well.

[Annotated ‘I do not remember when I obtained this record. These cases occurred before I entered the service & I suppose I found them in the case book of some regiment perhaps 13 Hussars. They are only of interest in showing the incubation period of a bite on the muzzle’]

Rabies. This mare was bitten on the muzzle & hind pasterns by a mad dog which ran though the lines at 4.30 this evening. The parts were well cauterized with Aug Mid: Put in a loose box & keep under observation

Exhibited symptoms of mental derangement at 6.30 a.m. refused to be groomed, pawing, rolling, biting savagely at the near fore-limb & kicking with the near hind, frothing at the mouth, charging savagely, snorting, spasmodic contraction of muscles of neck. Every hour the symptoms became more marked & with greater violence. When getting down she stretched out her fore-limbs, & as soon as the chest touched the ground rolled over. Destroyed by order of a committee. No post-mortem made, but the head was burned & also the clothing & line gear. 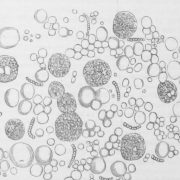 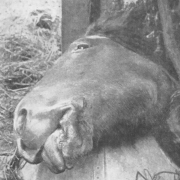 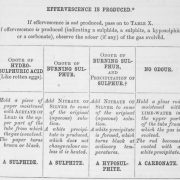 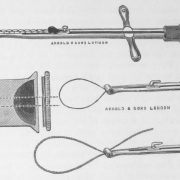 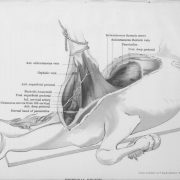 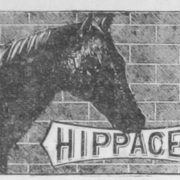 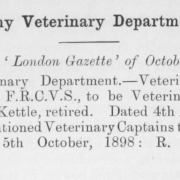 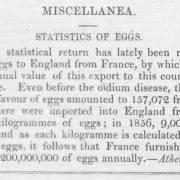